The Luckiest Man on the Face of the Earth 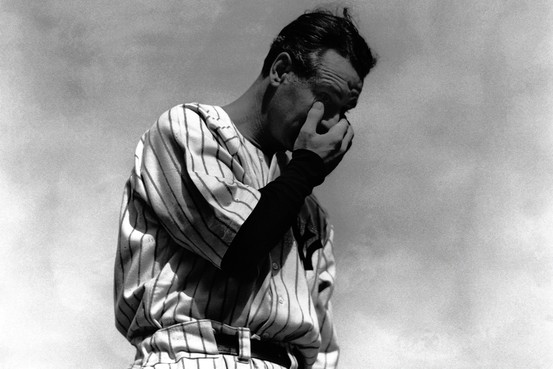 75 years ago this week, Lou Gehrig gave one of the most memorable speeches in American history.

Jonathan Eig, the author of “The Luckiest Man: The Life and Death of Lou Gehrig” describes the moment in this Sunday’s WSJ. He writes that we actually do not have a record of the entire speech. Only the first, second, fourth and final sentences of Gehrig’s speech survive on film. This makes sense, as we always tend the remember the beginning and end of a speech more than anything else.

Of these few recorded lines, the one  that sticks in our collective memory is of course, “Today I consider myself the luckiest man on the face of the Earth.”

Eig writes that “Eleanor, his wife, said that she and Lou practiced the night before. I believe her. He repeats the word “lucky” as if he knew the whole thing hinged on his artful ‘luckiest man’ phrase.”

From the Green Room: Pick one part of your speech that you want everyone to remember. And rehearse it over and over. Even if not everything comes out the way you want, that one piece will stick with your listener.

Green Room Speakers demystifies communications skills and encourages each participant to leverage his or her unique style for the most effectiveness. Whether one is preparing for an executive briefing to a few or a speech to a large audience, Green Room Speakers teaches skills to increase impact and build confidence.

Bruce Nolan, Director of US Department of Treasury Executive Institute
We use cookies on our website to give you the most relevant experience by remembering your preferences and repeat visits. By clicking “Accept All”, you consent to the use of ALL the cookies. However, you may visit "Cookie Settings" to provide a controlled consent.
Cookie SettingsAccept All
Manage consent