Squeakin’ Lincoln and the Art of Public Speaking 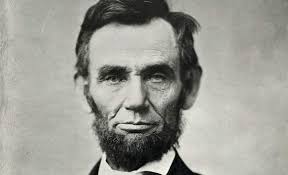 Given the renewed interest these days in all things Lincoln, I decided to try to learn a little about his speaking style.

Lincoln’s voice was, when he first began speaking, shrill, squeaking, piping, unpleasant; his general look, his form, his pose, the color of his flesh, wrinkled and dry, his sensitiveness, and his momentary diffidence, everything seemed to be against him, but he soon recovered.
–William H. Herndon letter, July 19, 1887

Given his rough starts,  how can it be that Lincoln is viewed as one of the great orators of history?

Perhaps this memory from Abram Bergen (Intimate Memories of Lincoln) may help explain:

Whenever he began to talk his eyes flashed and every facial movement helped express his idea and feeling. Then involuntarily vanished all thought or consciousness of his uncouth appearance, or awkward manner, or even his high keyed, unpleasant voice.

Lincoln’s conviction and passion seemed to erase any physical distractions. How? Because he was able to synthesize body and language. “Every facial movement helped express his idea and feeling.” The audience was able to forget his high-pitched voice because when he got into the speech – every part of him joined together to communicate a single idea.

By matching his externals and internals, Lincoln mastered the art of public speaking.

From the Green Room: The key to a great delivery is matching it to your message. The audience will pay attention, when what they hear is also what they see.

“In my 40 year career I’ve worked with a lot of communications consultants and Sarah is the best I have seen. She has an uncanny ability to listen and then ask just the right question that helps you figure out your message. Sarah has helped our financial advisors at every level of our firm – and we are all better for having worked with her.”

Greg Sullivan, Co-CEO, SBSB Financial Advisors
We use cookies on our website to give you the most relevant experience by remembering your preferences and repeat visits. By clicking “Accept All”, you consent to the use of ALL the cookies. However, you may visit "Cookie Settings" to provide a controlled consent.
Cookie SettingsAccept All
Manage consent